In his book, Schwab states more or less implicitly that technology is not an end in itself, but a means to achieve certain goals: the fight against inequality, the defence of rights and freedoms and the increase of the standard of living and the material and psychological well-being of the population are drawn as the ultimate goals of the supporters of global technocracy. But the enthusiasm about the possibilities of technology and Global Governance is based on the conviction that they are the only instrument to achieve them. When seen as the only possible means to an end, the two tend to merge: there is only one way to achieve justice, equality or freedom, all political values. But when there is no choice in the means and they are the only ones consistent with the end, then they themselves become the end.

It is not necessary to consider technological or economic rationality as an end in itself: it is enough to consider them as the only possible political path for them to take its place. The danger here is twofold. On the one hand, the tendency of technology and science to become ambush politics: to disguise as scientific-technical rationality preferences, more or less arbitrary, more or less legitimate or more or less interested, but which are ethical or political, and therefore should be subject to discussion in a democratic regime, but whose deliberation is stolen.

On the other hand, the consideration that a single instrument or rationality leads to the desired end tends to disallow all others: any means or instrument that is neither scientific nor based on global technocracy tends to be considered illegitimate. The COVID-19 pandemic has shown this profoundly despotic character of what some authors have called «ideology of biosecurity» (Agamben, 2020).

This last question -that of open discussion- allows us to return to the question of Constitutional-pluralist regimes: the goods more or less implicitly pursued by the Davos group of benefactors can easily be identified as those of modern society and democratic regimes. Raising the standard of living and the material well-being of citizens, promoting equality among all citizens, and respecting freedom and individuality are the basis on which political democracy has been built for a couple of centuries. If I stated above that the technocratic-economic illusion of Davos is nothing new in modern industrial civilization, there is nothing new here either in terms of fundamental values: the quest for equality, freedom and well-being has been the basis of Western society for more than two centuries. 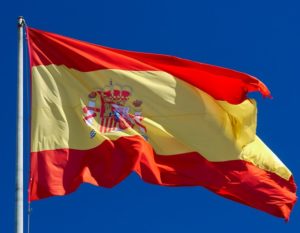